In my opinion, ‘slow’ seasons no longer exist when it comes to vacationing in Walt Disney World. I think it is more accurate to say that there are slower times to go (typically September), so whenever you do decide to take a trip to The World, chances are you will encounter crowds. I don’t know about you, but I never like them! Crowds make it tough to navigate through the parks, especially with a family (and kids!) in tow, so here are my tips to make your life a bit easier when navigating crowds at Disney World.

I read this tip a while back and boy is this my favorite! I think it works well because the majority of us naturally go to the right. The security stations and turnstiles at the park entrances are always more crowded on the right side. Thus, go left!

Disney has their fair share of gift shops and, most of the time, they are interconnected! For example, Magic Kingdom’s Main Street can be tough to walk down. There are always Photopass photographers taking pictures, lines of vacationers waiting for their picture in front of Cinderella Castle, performances by the Dapper Dans that attract an audience, and cast members selling balloons. Instead, bypass all of this and head through either the Confectionary (on the right) or the Emporium (on the left). Both sides offer passage through a number of stores. If you select to go left and walk through the Emporium, it will take you all the way to hub right in front of the Castle! For an added bonus, walking through shops allows you to soak up some A/C!!

Pro tip: Check out the merchandise as you walk through the shops and take note of anything you may want to purchase later on 🙂

First of all, what is rope drop? This is the time when the Disney parks officially open for the day. It is best to get there early because you can be at the front of the crowd before the park even opens. My son doesn’t understand sleeping in on vacation, so he is up and at ’em at 7:00 AM Every. Single. Morning (heavy sigh). However, this is actually a bonus for us when we vacation at Disney World because we are usually at the parks around rope drop time. I’ve found that the crowds are usually low for a solid hour or two after the park officially opens. That allows us to see as many attractions as possible with some of the lowest daily wait times. Plus, my son is at his happiest during this time, so it is a win-win situation!

Unless the other parks have events (think Epcot’s Food and Wine or Toy Story Land opening in Hollywood Studios), I find that the crowds in Magic Kingdom tend to get heavier faster compared to the others. My specific tip for this park is to go at rope drop (see tip #3) on days that there are parties. Magic Kingdom hosts two popular, separately ticketed events: Mickey’s Not-So-Scary Halloween Party and Mickey’s Very Merry Christmas Party. Since these are nighttime events, guests that purchased tickets are allowed into the park later in the day (usually 4:00 PM). Therefore, people attending a party typically get to Magic Kingdom late afternoon or early evening. We found the park was nearly empty in the morning during our last December trip. Poor Mary Poppins was left wondering by herself until we went over for a picture!

Now, I don’t usually recommend spending extra money on your Disney vacation as it is expensive enough already! However, if you find yourself strapped for time and want to experience as many attractions as you can with the lowest crowd possible, purchase tickets for either Early Morning Magic or Disney After Hours. With a ticket to one of these events, you are allowed access to a park either before it officially opens or after it officially closes. Early Morning Magic tickets can be purchased for Magic Kingdom or Toy Story Land at Hollywood Studios. The price for this is $79 for adults and $69 for children in addition to regular theme park admission. That’s right, you have to have a theme park ticket for the entire day into order to purchase a separate ticket for Early Morning Magic. Breakfast is included at Cosmic Ray’s Starlight Cafe (Magic Kingdom) or ABC Commissary (Hollywood Studios). During Disney After Hours, you have three extra hours to spend in either Magic Kingdom, Hollywood Studios, or Animal Kingdom. Tickets per person are currently sold for $125 (in advance) or $129 (day of) and include popcorn, ice cream, and select beverages. There is something I have to warn you about: Not all attractions are operating during these events! Thus, make sure your must-dos are open!

Those are my tips for navigating crowds at Walt Disney World. I hope you find these useful during your next trip! If you have any other tips you’d like to share, I’d love to read them in the comments below! 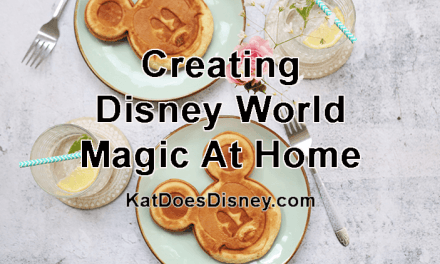 All About the Food in Disney’s Star Wars: Galaxy’s Edge

Is Disney’s PhotoPass Worth It?