Hello all and happy Thursday!! This week, Disney launched its new Genie service. So today, we are going to be talking about our initial impressions of Disney Genie and its paid upgrades, Genie + and Individual Lightening Lane access.

Before we go on, don’t forget to check out our previous posts (this one and the other one!) that detail these services that, essentially, have replaced FastPass.

The complimentary, Disney Genie service seems to be really good for helping folks who either (1) go to Disney every few years or (2) are visiting Disney World for the first time. We say this because Genie seems to be really helpful in showing guests the basics like where to eat, which attractions are available, and what the wait times are. For those of us that visit the Disney World Theme Parks on a more regular basis, Genie doesn’t show you anything else that is really novel. We tend to already have the “lay of the land”. Regardless, however, the only feature that is great for anyone is the standby wait time predictor. It is nice to see when lines for certain attractions are predicted to be lowest throughout the day.

Now for the paid upgrades, Genie+ and Individual Lightening Lane. Depending upon what attractions are on your must-do list, these can really help you accomplish a lot in a short amount of time. For Parks that have a lot of attractions that are included in the Genie+ line-up, like Magic Kingdom, it does seem that you get a lot of “bang for your buck”.

Another great aspect of these services, is that you can now Park Hop and carry them with you! Before, FastPasses could only be made in advance for 1 park. Now you can make Genie+ or Individual Lightening Lane reservations for attractions that you intend on visiting after you’ve made your way to a different park.

Finally, you can double book attractions that are included in Genie+ and paid separately via the Individual Lightening Lanes. So that means, for instance, you can reserve return times for Haunted Mansion (included in Genie+) and Seven Dwarves Mine Train (paid Individual Lightening Lane attraction) that overlap. When everything was included under FastPass, there wasn’t a way you could do that!

Although Genie itself is complimentary, the upgrades, Genie+ and Individual Lightening Lanes, can get pretty pricey. The general consensus is that folks traveling to the Parks by themselves or as a couple, this can be fairly easily budgeted in. However, it can get pretty darn expensive for families or parties of 3 or more. For instance a family of 4 will have to shell out $60 total just to ride Rise of the Resistance!

Another issue that keeps cropping up is that reservations for the Genie+ attractions can be rather spaced apart. For example, Jungle Cruise was only available in Genie+ to ride in the afternoon. That in and of itself is OK, however, you can only book another Genie+ reservation after you’ve used the one you are currently holding. So that does not allow you to optimize your time or money with the Genie+ service.

Four words: Rise of the Resistance. It is terrible that guests who purchased the Individual Lightening Lane access were likely still stuck waiting in a line for the attraction. Unfortunately, given the technical aspects of this complicated experience, Rise of the Resistance has a habit of shutting down several times in a day. That means there is a back-up of all guests waiting to enjoy this attraction. Additionally, Lightening Lane access sells out very quickly for this ride. So if you are not staying on-property, it is likely there may not be reservations available for purchase by the time Hollywood Studios officially opens for the day. Just check out this honest video from PCDev:

Those are our initial impressions of Disney Genie, Genie+, and the Individual Lightening Lane access. What are your thoughts? Will you be purchasing the upgrades to Genie on your next visit to Disney World?

Until next time… Cheers!!! 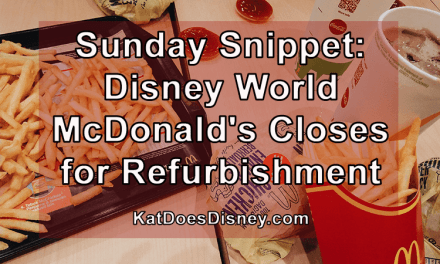 Disney Genie Launches Next Week! Are You Ready?! 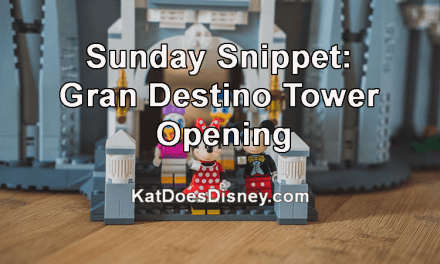