All About the Food in Disney’s Star Wars: Galaxy’s Edge

The food offerings are going to be epic in Disney’s Star Wars: Galaxy’s Edge! Blue milk, anyone?! My anticipation for these new lands in Disneyland and Hollywood Studios inspired me to write a post dedicated just to the food! So, in the words of Poe Dameron (The Force Awakens), “We’re gonna do this…”

If you are in need of a beverage (non-alcoholic or alcoholic), look no further! Oga’s Cantina is the local hangout for smugglers, traders, travelers, and bounty hunters alike. All ages are welcome to pull up a chair and enjoy an extensive menu and listen to tunes provided by droid DJ R-3X (Rex, for short)! But patrons beware! Both friends and foes visit this local watering hole. Don’t fret too much though, Oga Garra, the establishment’s owner, does enforce a strict code of conduct. Take a look at some of the offerings at Oga’s Cantina:

Foodies rejoice and head straight to Docking Bay 7 for your “foodie fix!” Located underneath a galactic transport shuttle, Chef Strono “Cookie” Tuggs produces scrumptious culinary creations that are in high demand! He used to work for Maz Kanata on Takodana, so he has GOT to be talented. Be sure to sample some of Chef Cookie’s specialties including oven-roasted Tip-Yip, smoked Kaddu ribs, and Felucian Garden Spread. To satisfy any sweet tooth, check out the raspberry creme puff or chocolate cake!

The bustling market located in the Black Spire Outpost on Batuu will offer several unique food stands to fuel any and all patrons! Remember the blue milk made famous as Luke Skywalker’s beverage of choice on Tatooine? Well, you can grab a glass (or 2) of the delicious concoction at the Milk Stand! Not only will they have the blue variety, but a green one will be available to try as well. The milk will be served ice cold!

Also located within the market is Ronto Roasters! This establishment is likely to serve up some fresh, local faire that will satisfy any hungry traveler. This is going to draw in crowds as passersby will be impressed by the podracer engine firing the barbecue! A droid is employed to tend the pit filled with meats for mouthwatering Ronto Wraps. Guests can indulge in spiced grilled sausage and roasted pork Ronto Wraps. Choose from the Sour Sarlacc or Tatooine Sunset to quench any thirst!

The final stand in the Outpost market is Kat Saka’s Kettle. Here you can enjoy uniquely flavored popcorn treats! Come on, it’s gotta be good! Another Kat produced it 😉

Crowds will definitely be at Star Wars: Galaxy’s Edge! As a matter of fact, Disney has a “Know Before You Go” disclaimer at the bottom of the Galaxy’s Edge page on their website. Overcrowding is going to happen at the parks, so be sure to read through my post on Navigating Crowds in Disney.

In closing, “Remember…the Force will be with you, always” (Obi Wan Kenobi, A New Hope). 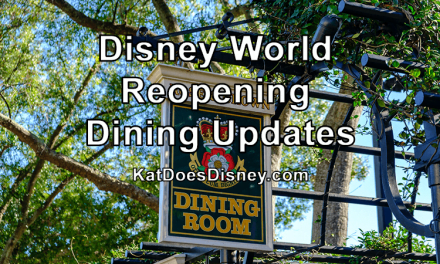 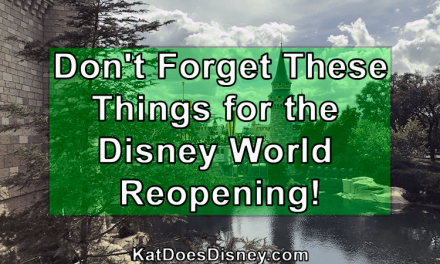 Don’t Forget These Things for the Disney World Reopening!